World Disability Billiards and Snooker (WDBS) has recently announced that leading professional snooker star Shaun Murphy and Olympic/Paralympic broadcaster Rob Walker have both agreed to become WDBS ambassadors ahead of the 2018/19 season.

Former world number three Murphy is one of the most recognisable players in the sport and one of only ten players ever to have won each of snooker’s iconic ‘triple crown’ events, the World Championship, UK Championship and Masters. Alongside his playing career, the 35-year-old is now also closely involved in the administration of the sport having been elected to the board of the World Professional Billiards and Snooker Association last December.

Shaun Murphy said: “I am proud to be able to represent WDBS in this way and to help raise awareness for some of the incredible people who play snooker.

“I have followed the growth of the WDBS and the opportunities that have been created for people with disabilities to be able to play our sport with keen interest during the past three years. I see no reason why snooker cannot one day retake its place at the Paralympics where it was successfully contested until 1988.”

Murphy is joined by sports broadcaster Rob Walker, best known among snooker fans for being the BBC’s Master of Ceremonies, a role that he has held since 2007. As well as his work in snooker, Walker has covered several other sports, including multiple Paralympic Games, most recently at the Winter Games in PyeongChang, Korea this March.

Walker said: “I am honoured to have been asked to become an ambassador for the WDBS. If I can play even a tiny role in helping snooker and its campaign to get it back into the Paralympics then I will be really chuffed and it will be a fantastic thing to be a part of.

“There is a great opportunity for snooker. It is such an inclusive sport and we can provide world class facilities so there is a lot that will appeal to the International Paralympic Committee. This is an exciting time, so let’s make sure that we get on this journey and we can get snooker back into the Paralympics. That is the goal!”

We look forward to welcoming both Shaun and Rob to visit WDBS events later this year and thank them for their support. 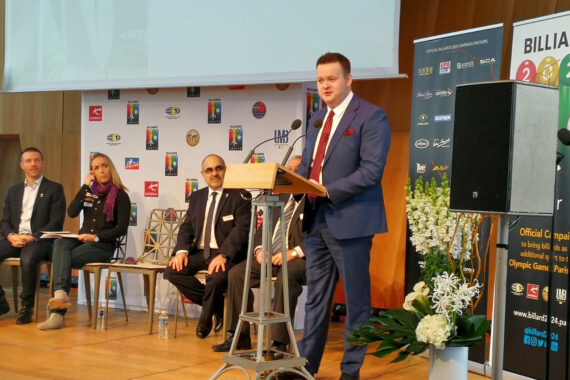 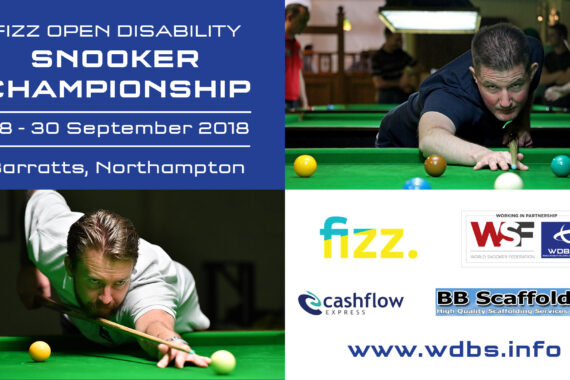