Having since established himself as a regular competitor on tour, this year’s event in Northampton will be extra special for the Spalding native as its Friday Open Day will be supported by a charity close to his heart, the Motor Neurone Disease Association (MNDA).

We recently caught up with Nigel to talk about his love for snooker and the importance of both the MNDA and WDBS to him.

Hi Nigel, how excited are you that the MNDA will be supporting us next month in Northampton?

I am very excited and extremely proud that MNDA is supporting the 360 Fizz UK Disability Snooker Championship in Northampton. I have put a lot of time and effort into raising awareness and much needed funds for MNDA and this competition is a fantastic opportunity to raise awareness of such a horrific disease.

The event marks the first anniversary of your WDBS debut – what has WDBS meant to you over the last 12 months?

Yes, Northampton 2018 is where it all began for me. A chance meeting with [Group 3 player] Joe Hardstaff in a club in Boston, Lincolnshire, is where the seed was sown. I got talking to Joe and he told me all about WDBS and here I am!

WDBS is just like one big family, I will never forget how welcome I was made to feel on my first day at Barratts Snooker Club. It was mind-blowing to see so many people with various disabilities enjoying each other’s company whilst playing the game they love. Snooker helps me focus and takes my mind off the illness I have and WDBS has given me even more opportunities to do this.

How long have you played snooker and what is it that you most enjoy about our sport?

I have been playing snooker since I first had a 6ft table in my bedroom when I was eight years old. My passion for the game started when I first saw my hero Alex Higgins play. I love the buzz of trying to pot as many balls as I can, although I do like a good safety battle too and really enjoyed my match against ex-professional Dean Reynolds in Hull.

What has been the impact of MND upon your snooker?

I have a slower version of Motor Neurone Disease called Primary Lateral Sclerosis (PLS). The nerves from the brain and spinal cord stop working properly, which causes muscle waste and eventually you become locked in your own body, it’s only the mind that will function normally. The impact this has on my snooker so far is that both my legs have become weak and I walk with metal splints to keep my feet up. I suffer from fatigue and also fasciculation (muscle twitching all over my body). This requires 110% concentration and is not visible when I play.

Of course, you are no stranger to snooker competitions and you have run events in the past to raise awareness of the MNDA…

The MNDA has supported me over the years with my quality of life because I do not work and has also provided me with huge support for my ever-growing fundraising activities.

Every October I organise a fundraising snooker competition in aid of the MNDA which will reach its fifth year on 12th October 2019. One night after a league match, I had a weird dream of holding a fundraising competition. The next morning, I put pen to paper and with support of friends and members of our Spalding & District Snooker League my fundraising was born.

So far I have raised approximately £12,000 in four years. Each year I have 42 entries and start play from 9.00am until the finish. It’s hard work but worth every effort to help others like myself and their families.

What are your future goals at WDBS events?

It would mean the world to me if I could win a competition or two. WDBS has become like a snooker family to me and from the first day I walked into Barratts last year the friendship has grown and grown.

I play to win but the social and friendship side are the real winners for me.

Nigel will be among those in action at the 360Fizz UK Disability Championship from 20-22 September 2019. Entry for the event is still open HERE. 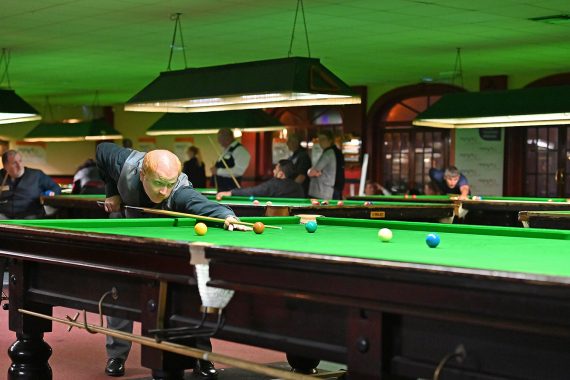 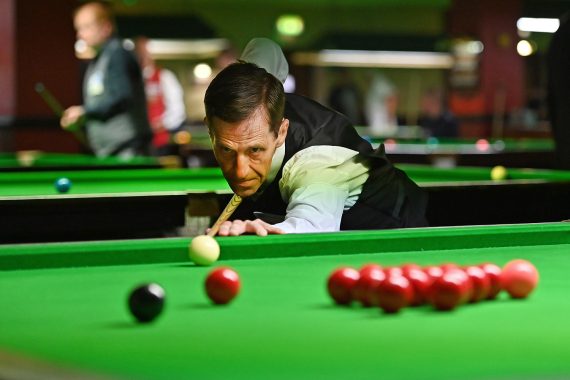 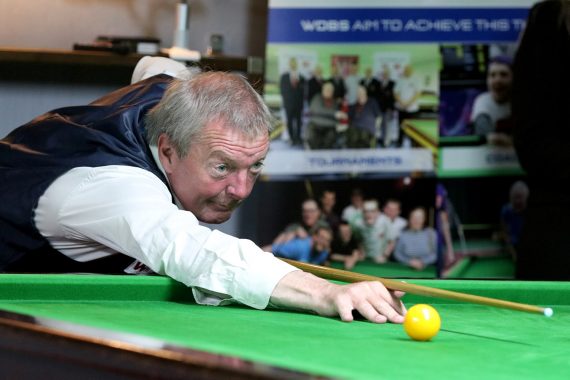