Organised by World Disability Billiards and Snooker (WDBS), the event was the first of the calendar year and saw eight individual tournaments covering different disability classification groups staged, in addition to a Challenge Cup tournament for players who did not qualify for the final day.

The event also saw an open day held at which local groups including JH Community Support, Spectrum Northants and Spautism attended and enjoyed an introduction to snooker under the guidance of qualified WPBSA Snooker Coaches. 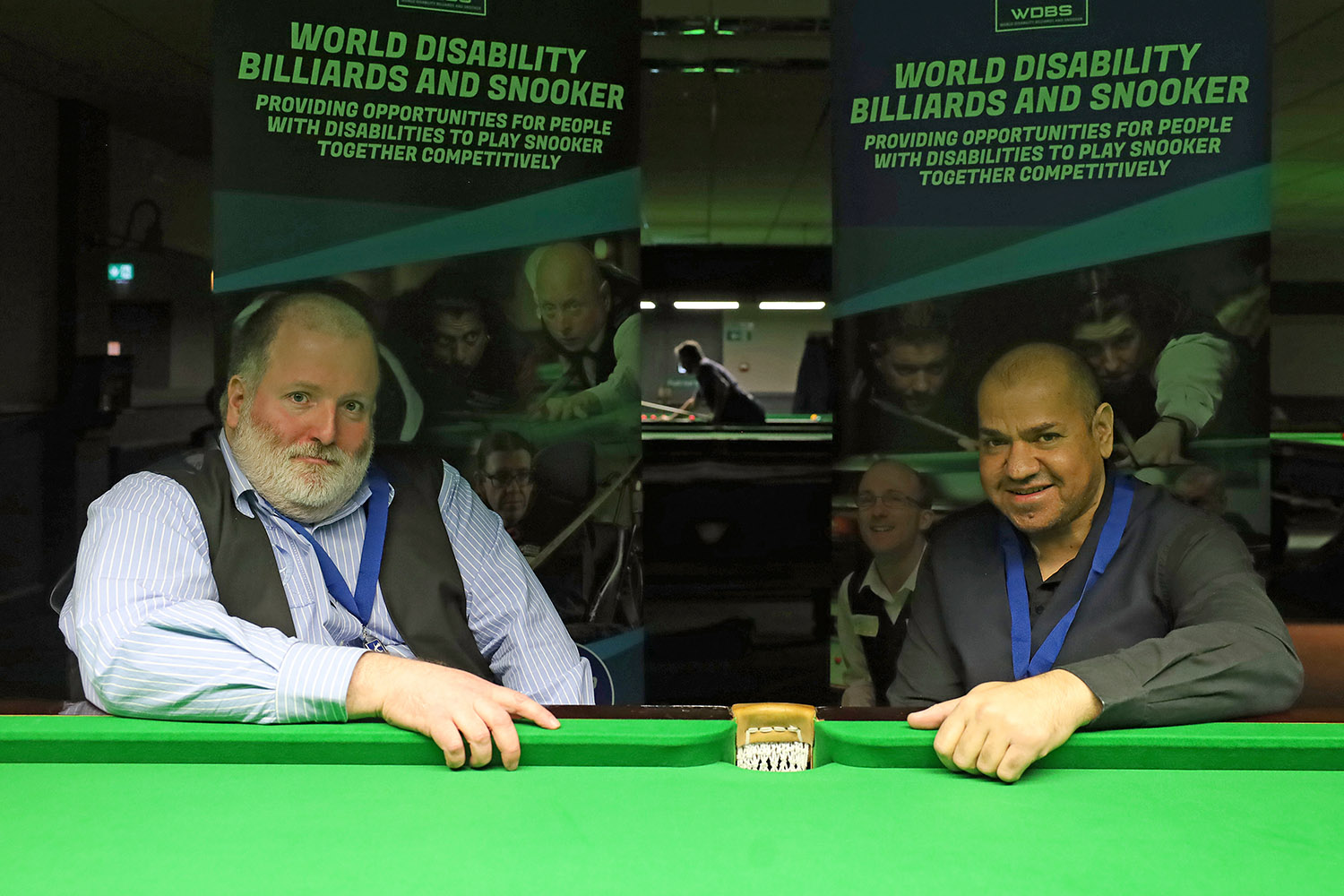 Shahab Siddiqui ended his wait for a maiden WDBS title in the Groups 1-2 tournament following a 3-0 success against Scotland’s Gavin Gormley.

A regular on the Tour since 2017, Siddiqui had previously reached four finals, including two at Barratts in 2018 and 2019, but this week he was in a class of his own after winning all six frames during a four-player group stage, before defeating Gormley to claim glory.

As well as the welcome return of both Gormley and long-time competitor Craig Welsh, the Group also saw the debut of China’s Da Chen, who is currently based in Bristol. 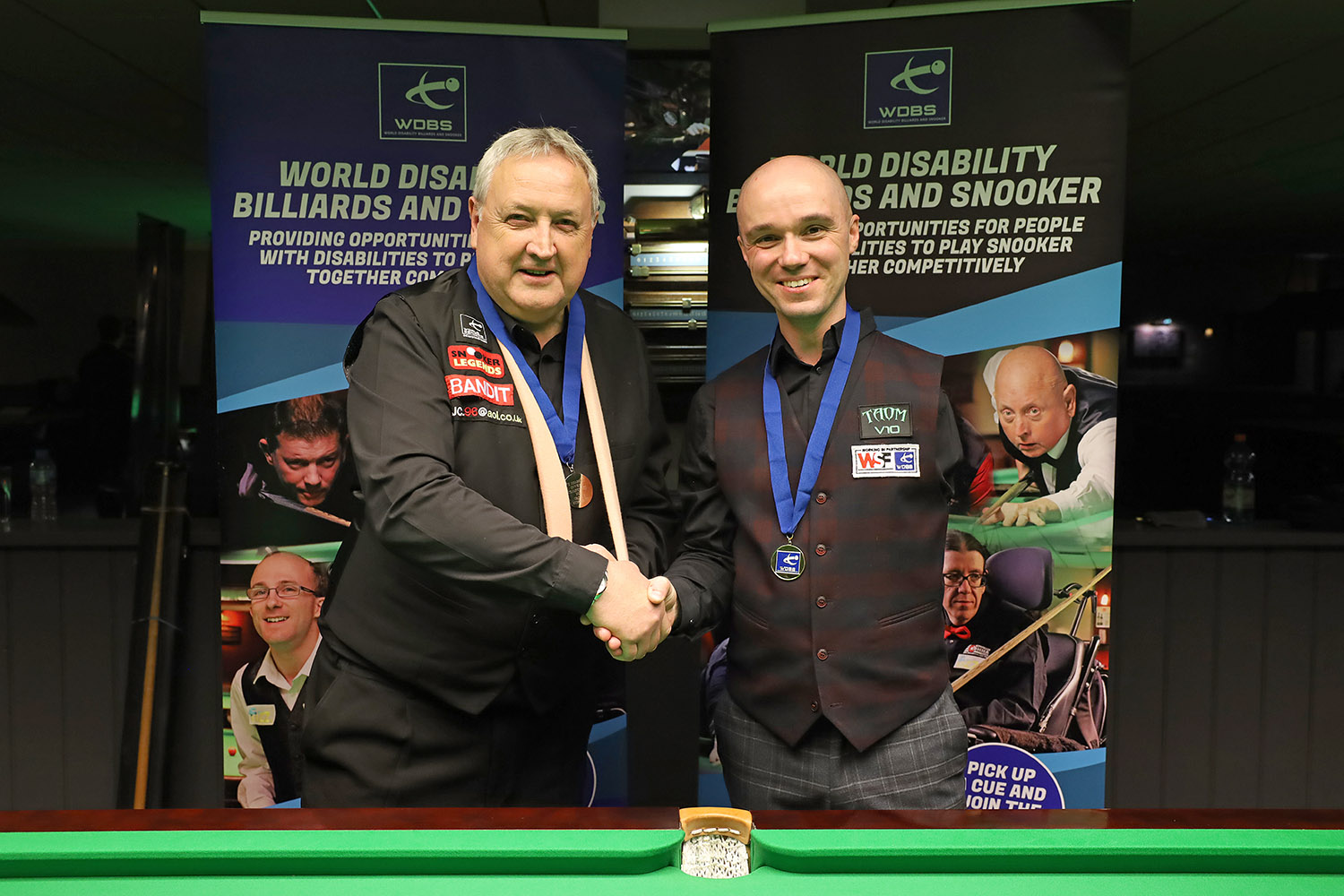 There was also a new champion crowned in Group 3 after Poland’s Adam Wilk claimed gold in only his second WDBS appearance.

Having previously competed at Barratts in 2018 when he reached the semi-finals, Wilk returned to top his four-player group in the category for players with upper body impairments for the loss of one-frame.

In the final he would face 2019 champion Nigel Coton and he was not to be denied, with a 3-0 victory in the final enough to ensure that he would become the first player from Poland to win a WDBS competition. 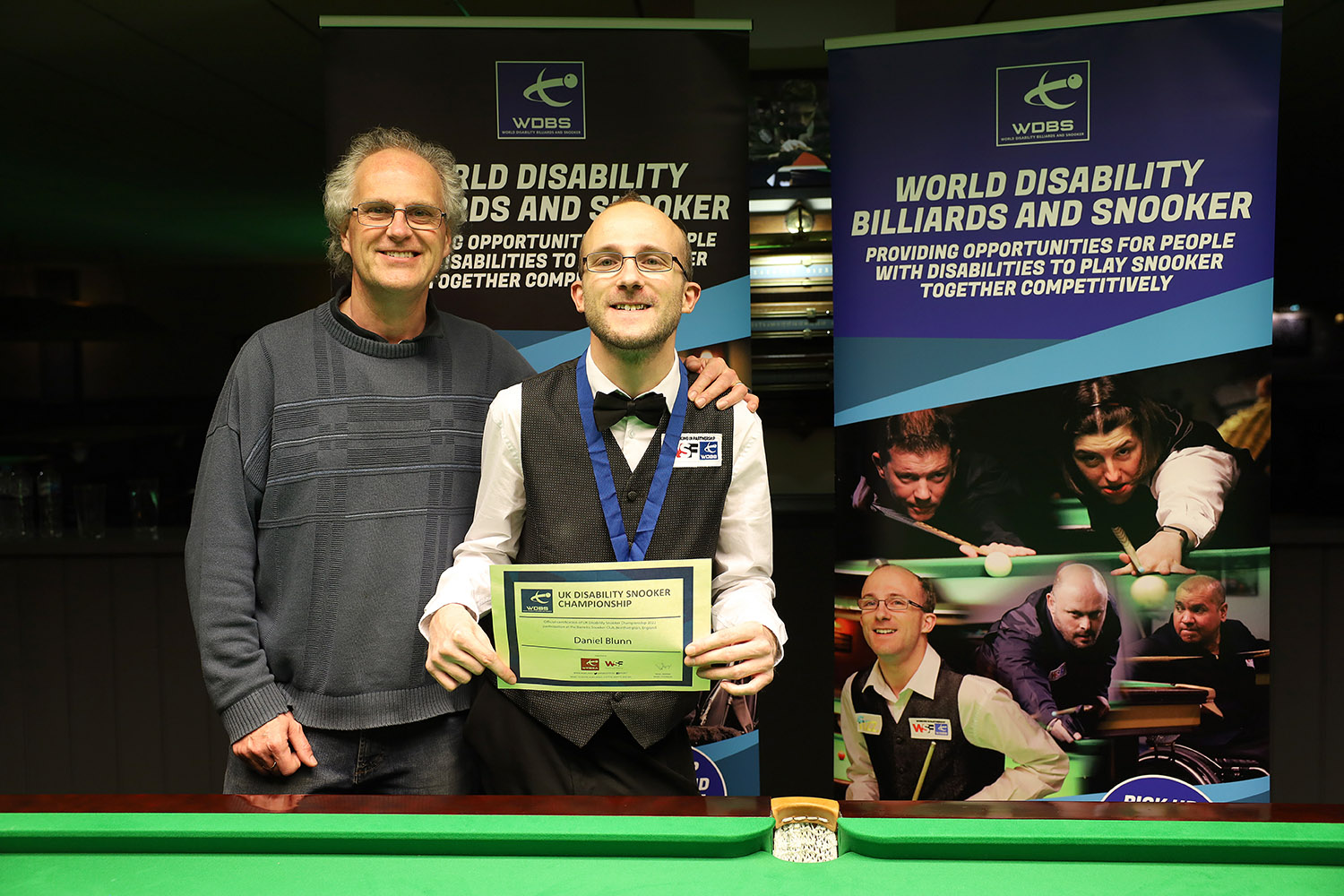 The Sutton Coldfield star enjoyed smooth passage to the semi-finals with all eight frames won, before surviving a stern test from Scotland’s William Thomson to eventually win 3-2 and reach the final.

Awaiting him was two-time champion Church, who had dropped just one frame on his way to the title match, but it was to be Blunn’s day yet again as he came out on top to claim his 13th WDBS title – extending his own overall record across all classification groups.

Blunn also top scored in the group with a break of 51 compiled during his quarter-final win against Peter Hull. 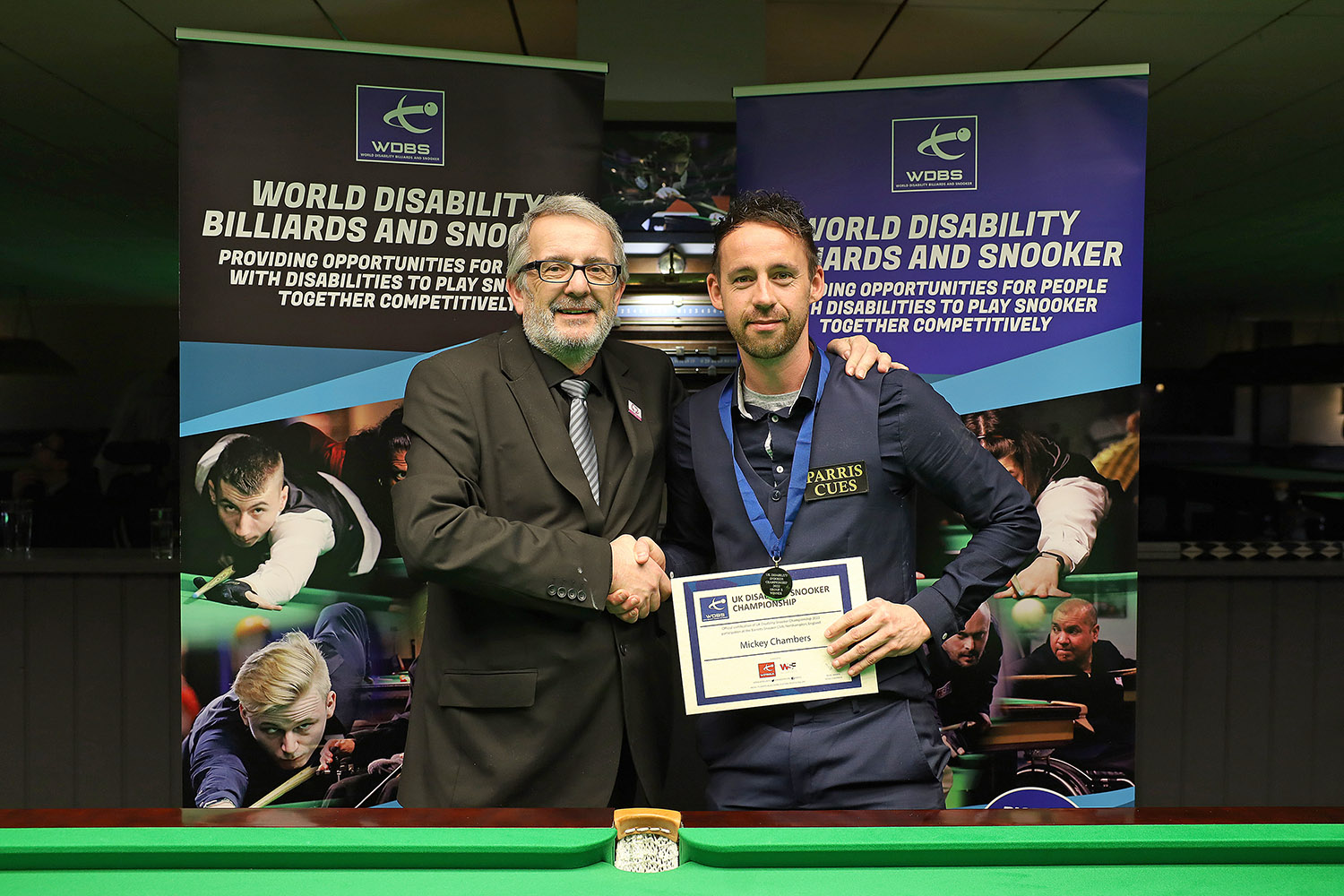 There was to be another repeat winner in Group 5 as Preston’s Mickey Chambers defeated Dean Simmons 3-0 to claim his eighth WDBS title.

It was to prove another dominant weekend for the 32-year-old as he won all 14 frames played throughout the three-day event to extend his unbeaten run dating back to his tournament debut in February 2018. He also made the highest break of the group with a run of 53 during the group stages.

For Simmons, the result marked his third final appearance since his debut at the same event in 2019. 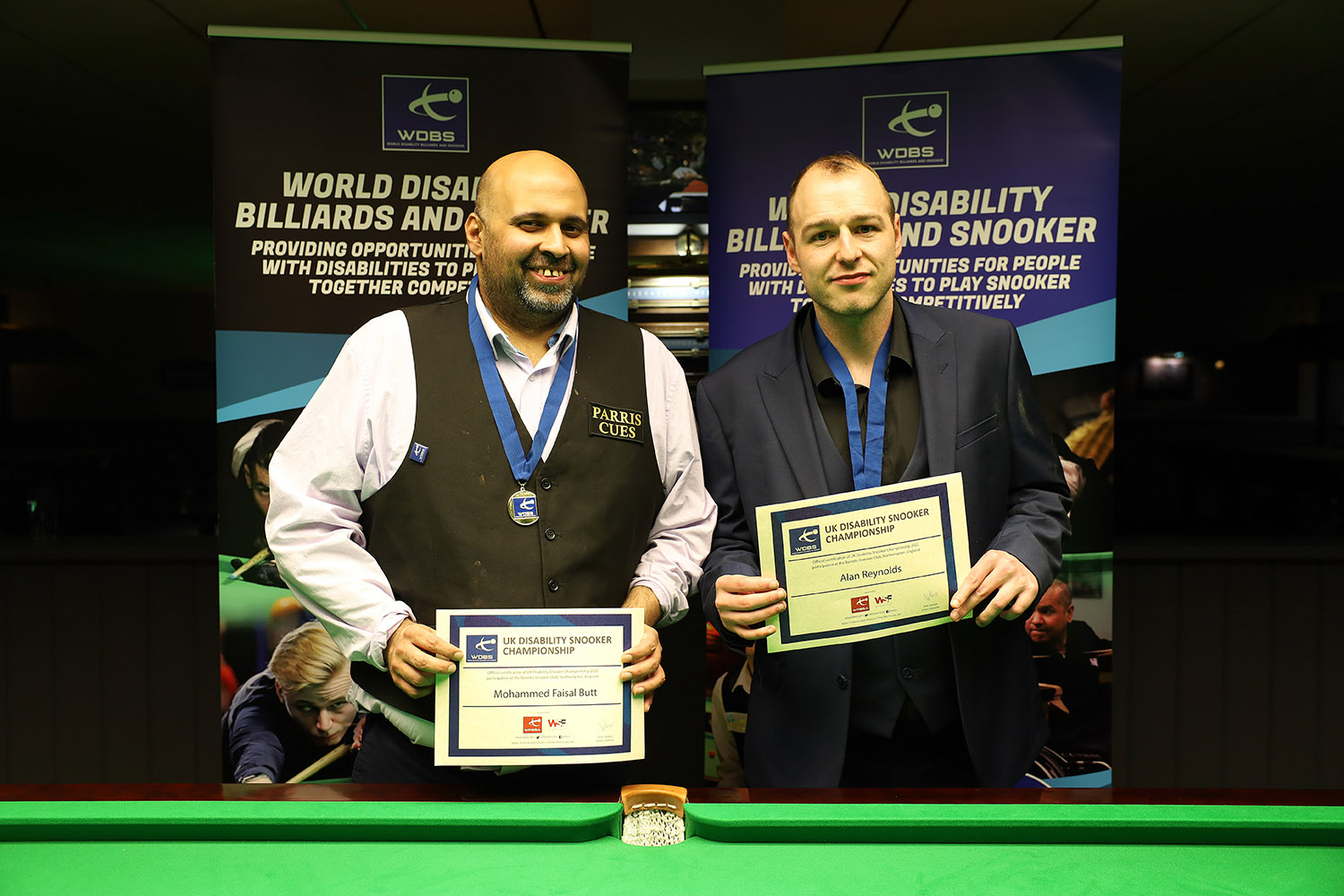 There were victories for Mohammed Faisal Butt (6A) and debutant Adam Noonan (6B) in the two competitions for players with learning disabilities following an action-packed weekend at Barratts.

Success for Butt saw him complete the successful defence of the title that he also won back in 2019 and earned him a sixth-career WDBS title in total. Having reached the final without the loss of a frame, he managed to avenge defeat to Scotland’s Alan Reynolds in last October’s Stockport Open with a 3-1 success to earn his first crown of the season. 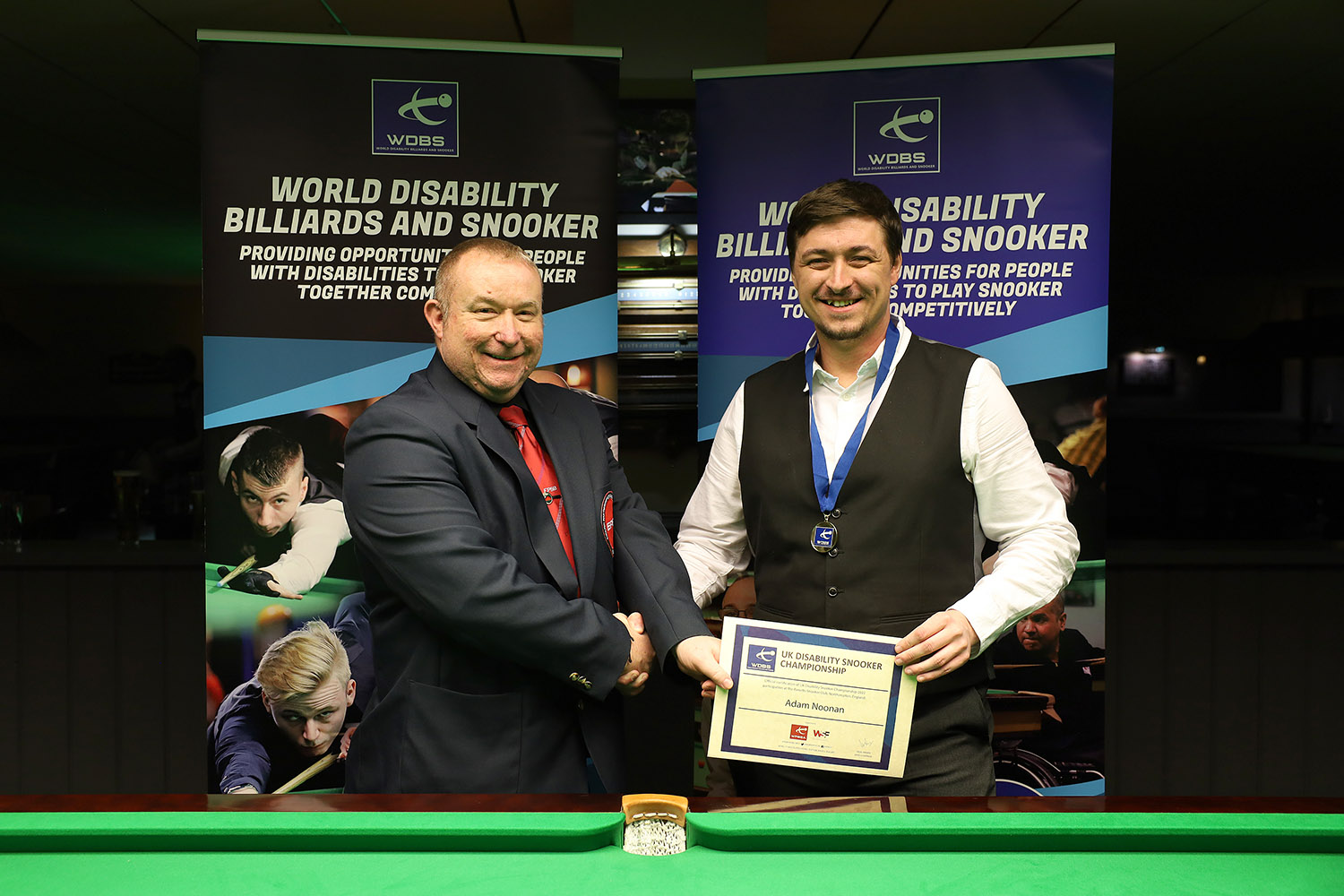 In the Group 6B competition for players with autism there was to be a new winner, however, as debutant Adam Noonan shocked former champions Leroy Williams and Peter Geronimo to claim the top prize at the first attempt.

It was to prove a highly-competitive group with close matches throughout the knockout rounds, but it was to be 25-year-old Noonan who would emerge victorious with a 3-1 final success against Geronimo to claim the title. 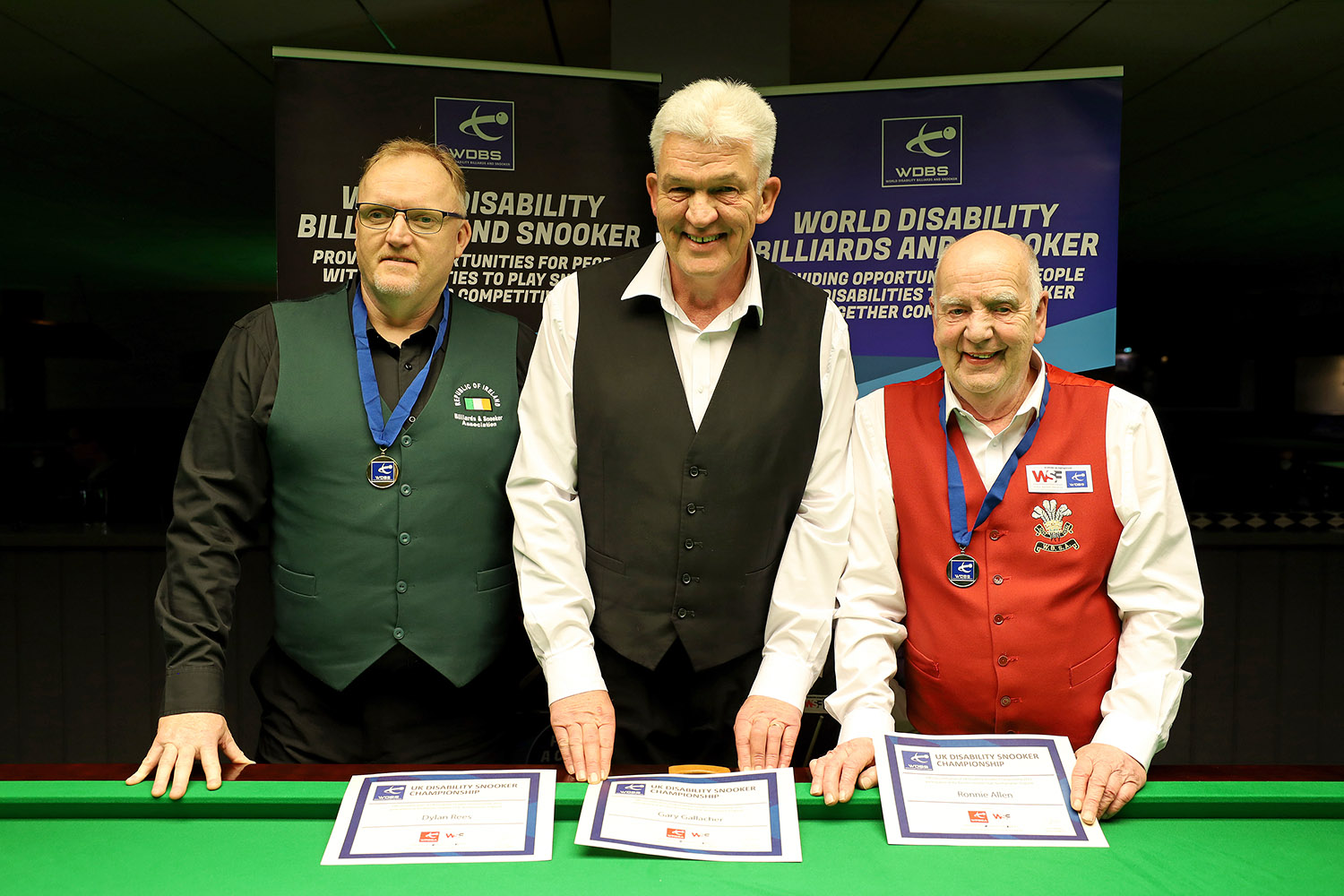 Ireland’s Dylan Rees completed a hat-trick of WDBS titles following a 3-1 victory against Welshman Ronnie Allen in the Group 7 competition for players with visual disabilities.

Having topped his group with three wins from three, Rees found himself in significant trouble during his semi-final against two-time WDBS champion Mike Gillespie, after the reigning Hull Open winner took a 2-0 lead during the early stages.

Rees was to prove up to the task, however, as he restricted Gillespie to just 23 points over the following three frames to claim a 3-2 comeback victory, before ultimately seeing off Allen in the final to maintain his unbeaten start to life on the WDBS Tour. 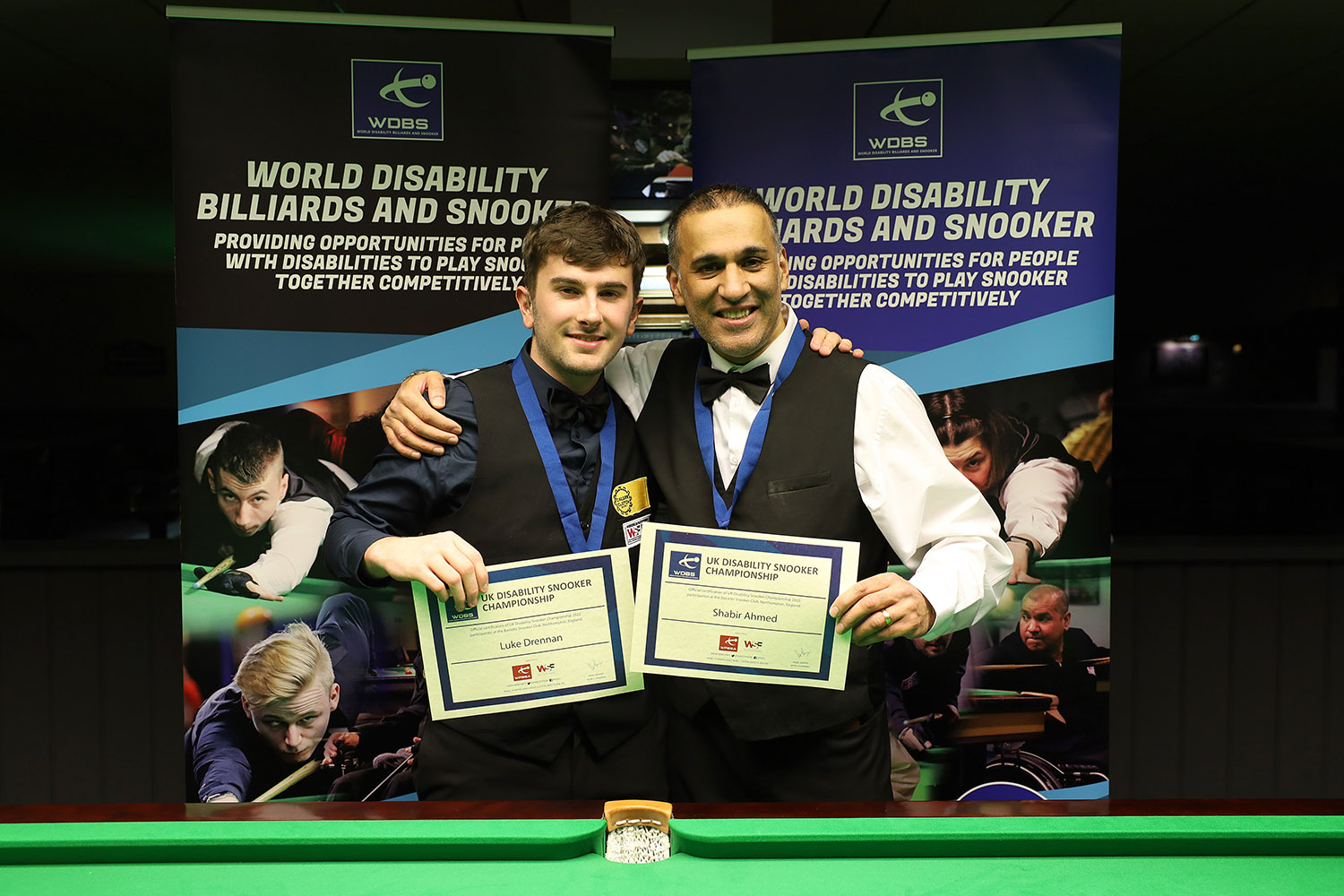 Deaf number one Shabir Ahmed claimed his first title since the 2019 Hull Open following a dramatic 3-2 victory against Luke Drennan in the Group 8 tournament.

The defending UK Championship winner progressed to the semi-finals for the loss of one frame, where he would meet long-time rival Lewis Knowles, who won their last encounter at the Hull Open last November.

This time it was to be Ahmed’s day as he recovered from 2-1 down to triumph 3-2, to set up a final meeting with newcomer Drennan, who was competing in only his second WDBS tournament.

A hard-fought final would ultimately go all the way to the final black as Drennan hit back from 2-0 down to force a deciding-frame, but it was the established star Ahmed who would prevail to clinch a record-extending 10th deaf title – and 11th WDBS crown in total.

For Drennan, he would claim the tournament high break with a fantastic run of 68, one of four 50+ breaks compiled by the 23-year-old during the weekend. 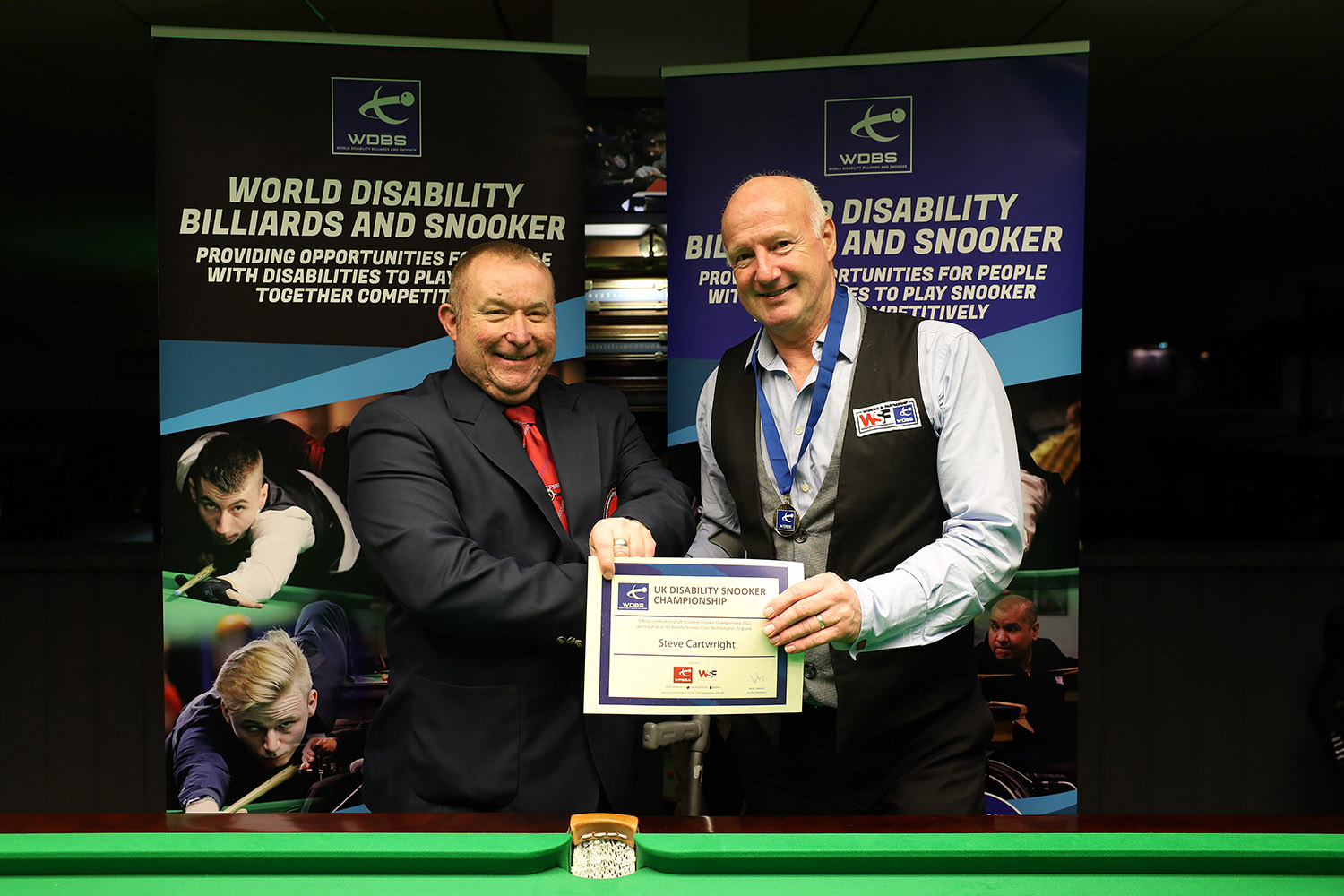 In the Challenge Cup event for players who did not qualify for the knockout rounds, there was victory for England’s Steve Cartwright, who defeated Kal Mattu 2-1 to claim a repeat victory, having also won the same event back in 2019.

Everyone at WDBS thanks everyone who has helped to make the competition possible, including the referees, players and officials, as well as our friends at Barratts. A special thank you to former professional Harvey Chandler, who permitted special use of his Xing Pai table which was enjoyed by all who had the opportunity to play on it during the weekend.

Further information about future WDBS competitions will be published in due course.