There were victories for Mike Gillespie and Lewis Knowles at the Hull Open as World Disability Billiards and Snooker (WDBS) held its first tournament for deaf and visually impaired players since March 2020 at the Tradewell Snooker Club.

The fifth staging of the competition saw players from across the country take part in a two-day competition, which followed a busy Friday Open day at which people from local disability organisations and other guests enjoyed coaching from WPBSA Snooker Coaches.

The event was opened by Councillor Lynn Petrini, the Right Worshipful the Lord Mayor of Kingston upon Hull and Admiral of the Humber on Saturday morning. 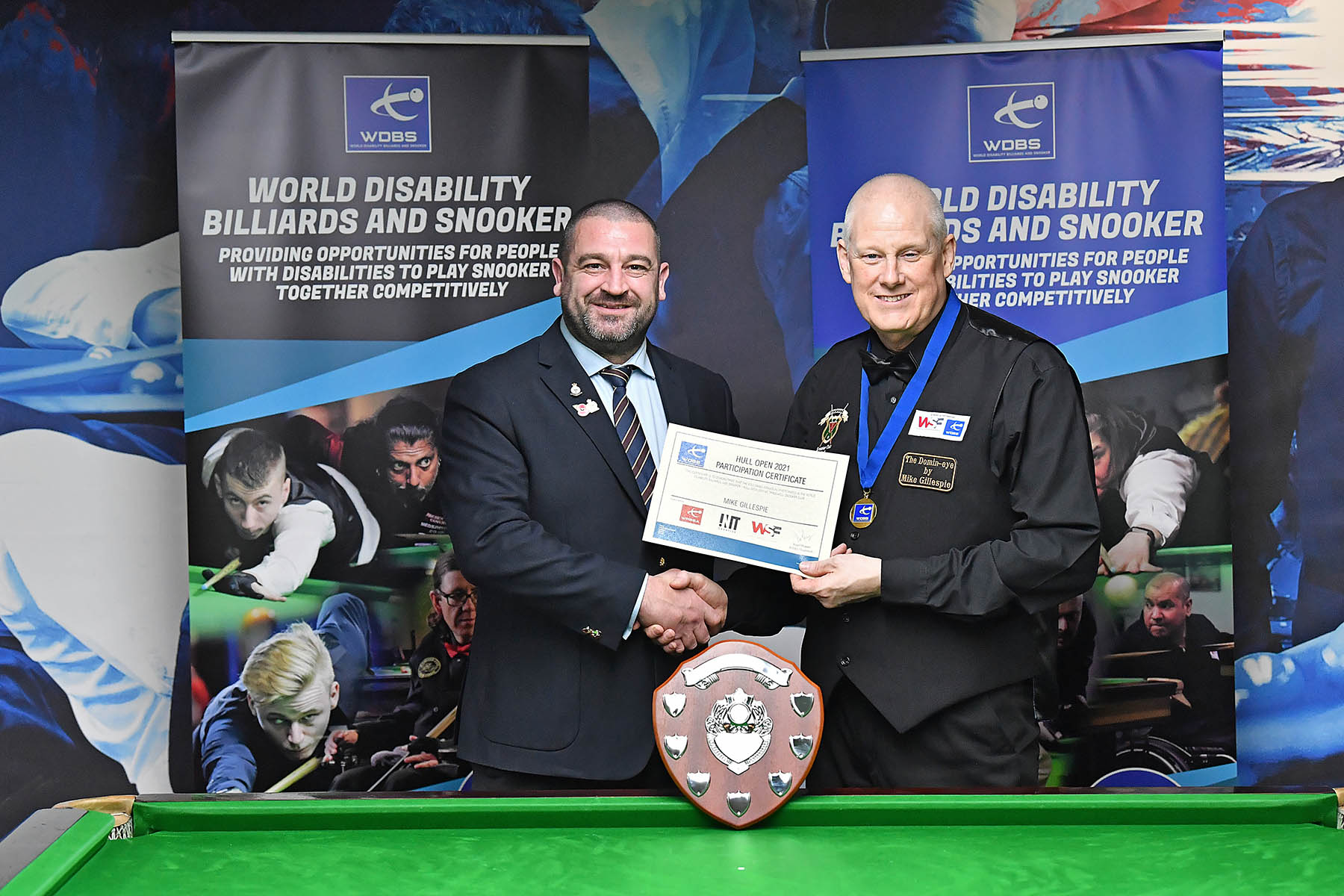 The Group 7 competition for players with visual impairments was won by Mike Gillespie, who defeated Scotland’s Gary Gallacher 3-1 in the final to claim his second WDBS title.

Having topped the group stage with three wins from four, Shiptonthorpe’s Gillespie avenged his solitary group stage defeat to Ben Chappell in the semi-finals with a 3-1 win to progress to the title match.

There he would await former Derby Open champion Gallacher, who backed up his third-place group finish with a hard-fought 3-2 success against four-time WDBS champion Paul Smith to reach the final. 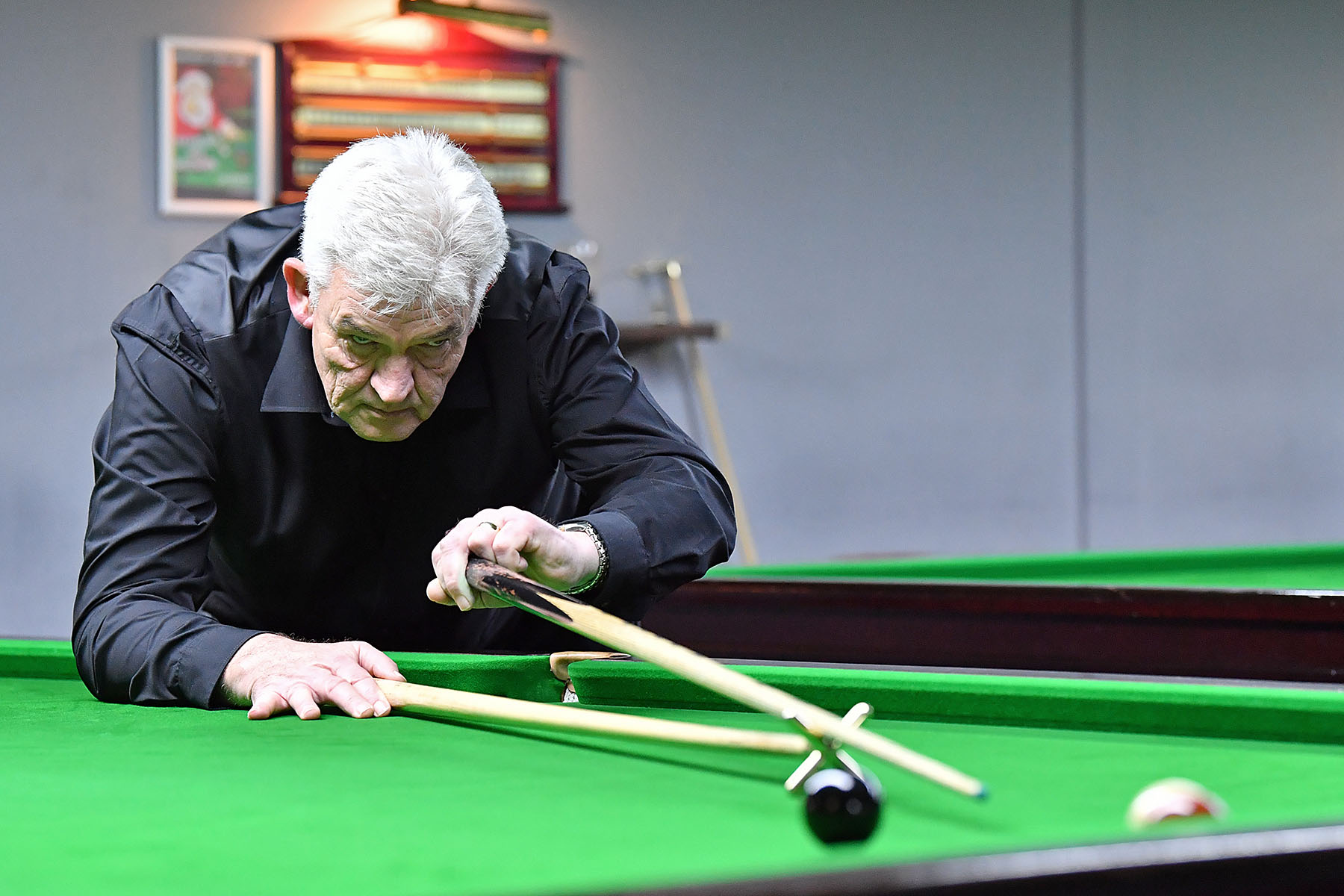 It was Gillespie who made the stronger start by claiming the opening two frames and although Gallacher claimed the third to keep his hopes alive, he was not to be denied as Gillespie took the fourth to seal the title.

The win is the first WDBS title for Gillespie – who also compiled the group high break of 40 – since his debut title at the 2017 Paul Hunter Disability Classic and one that he has dedicated to his late father John, who was the reason he first picked up a cue and passed away last year at the age of 95. 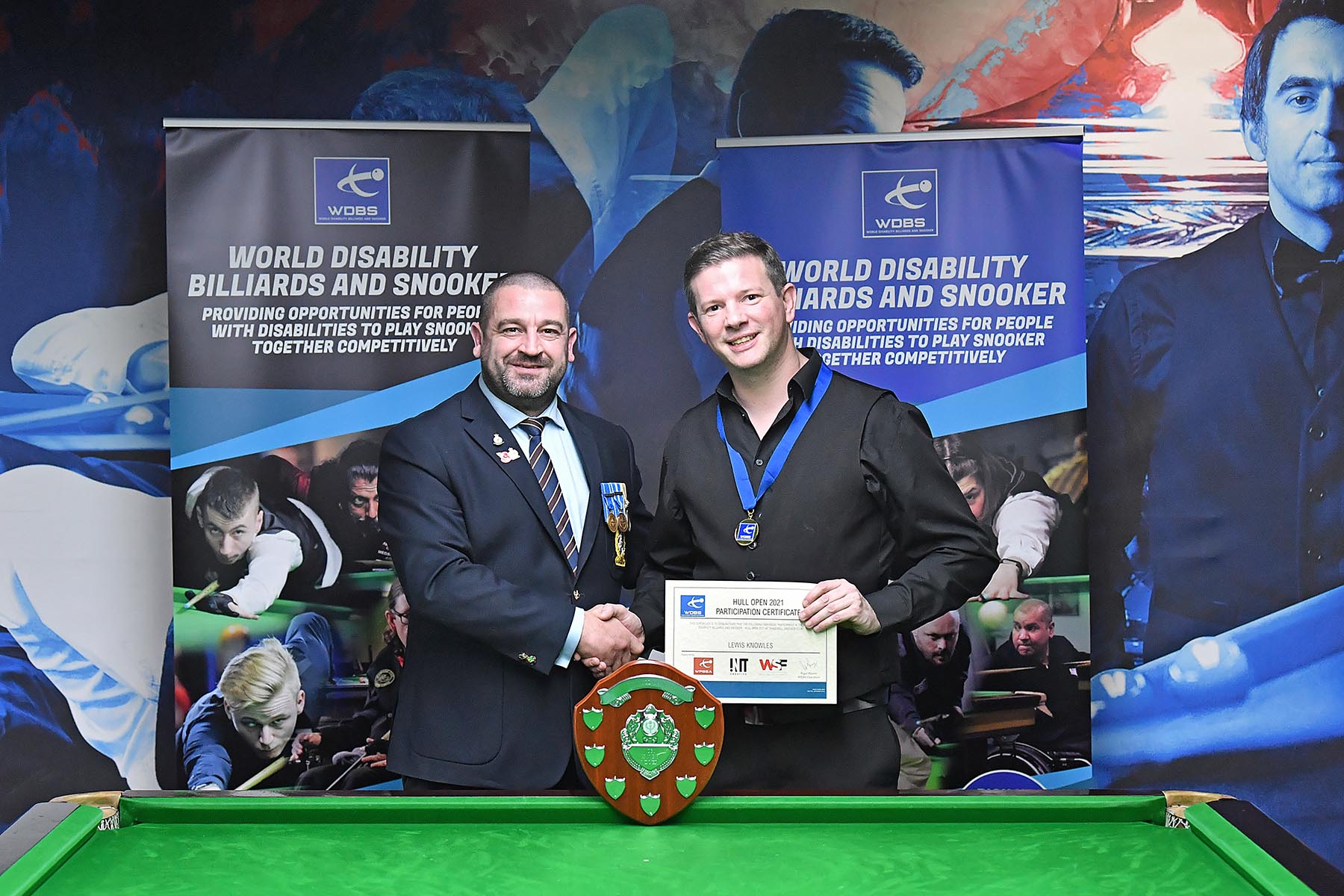 The group stages saw a number of notable results, with debutant Luke Drennan topping Group B with a 100% record, while Scotland’s David Grant – competing in his first event since he received a kidney transplant last summer – also won five matches from five in Group A. 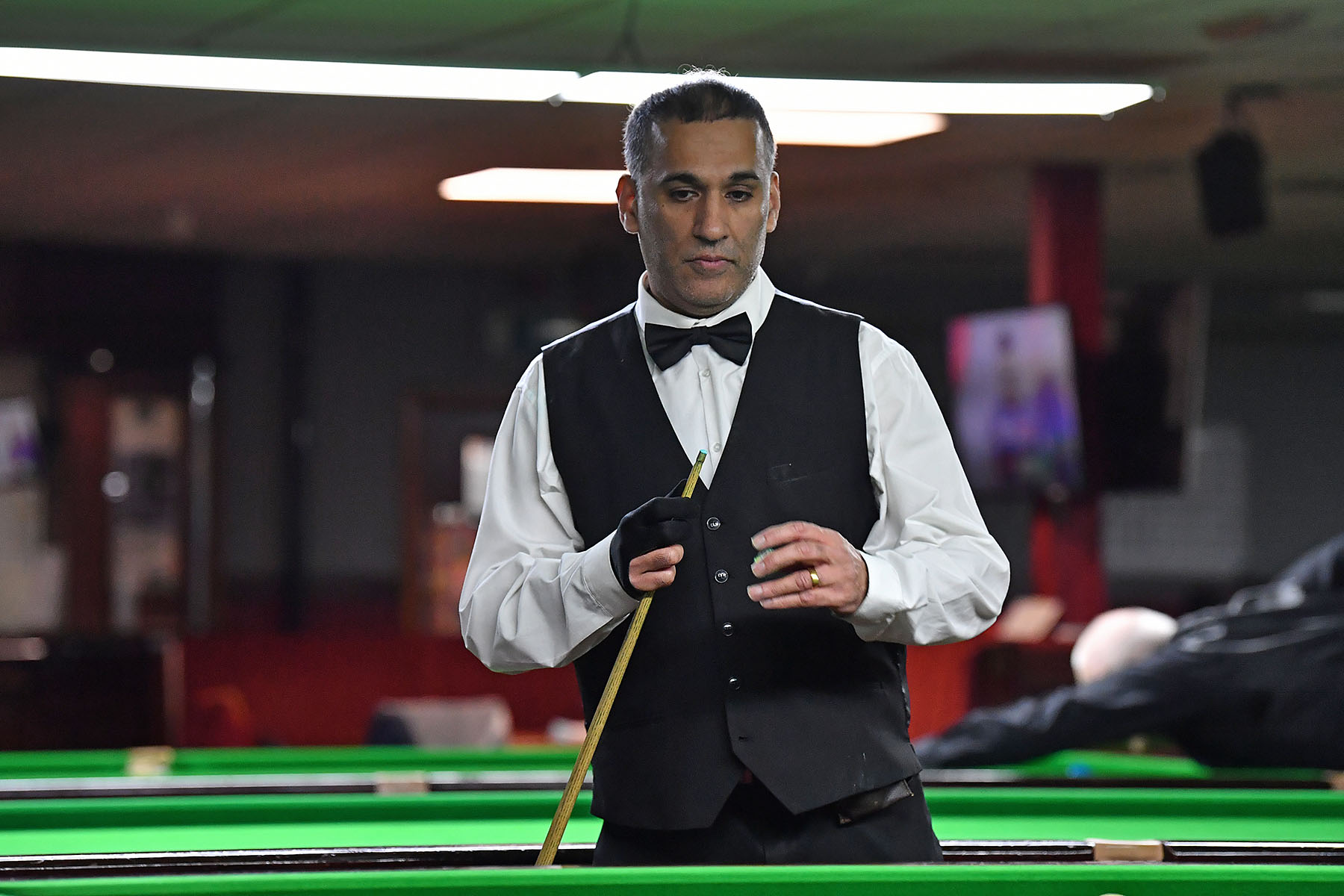 But as the knockout stages reached their conclusion there was to be a familiar final, as the top two ranked deaf players Ahmed and Knowles progressed to a WDBS record eighth title match between the pair.

It was Ahmed who held the stronger record prior to the showpiece match, having claimed six of their previous seven finals, but this time it would be Knowles who would prevail with a 3-1 victory to win his first title since the 2018 Champion of Champions.

Knowles also made the highest break of the Group 8 competition with a run of 46 during the group stages.

There was a maiden WDBS title for Manchester’s Gary Taylor, who defeated 2017 champion Blake Munton 2-0 to win the Challenge Cup. Taylor enjoys a strong record at the Hull Open, having also reached the Group final in 2019.

Everyone at WDBS thanks everyone who has helped to make the competition possible, including the referees, players and officials. 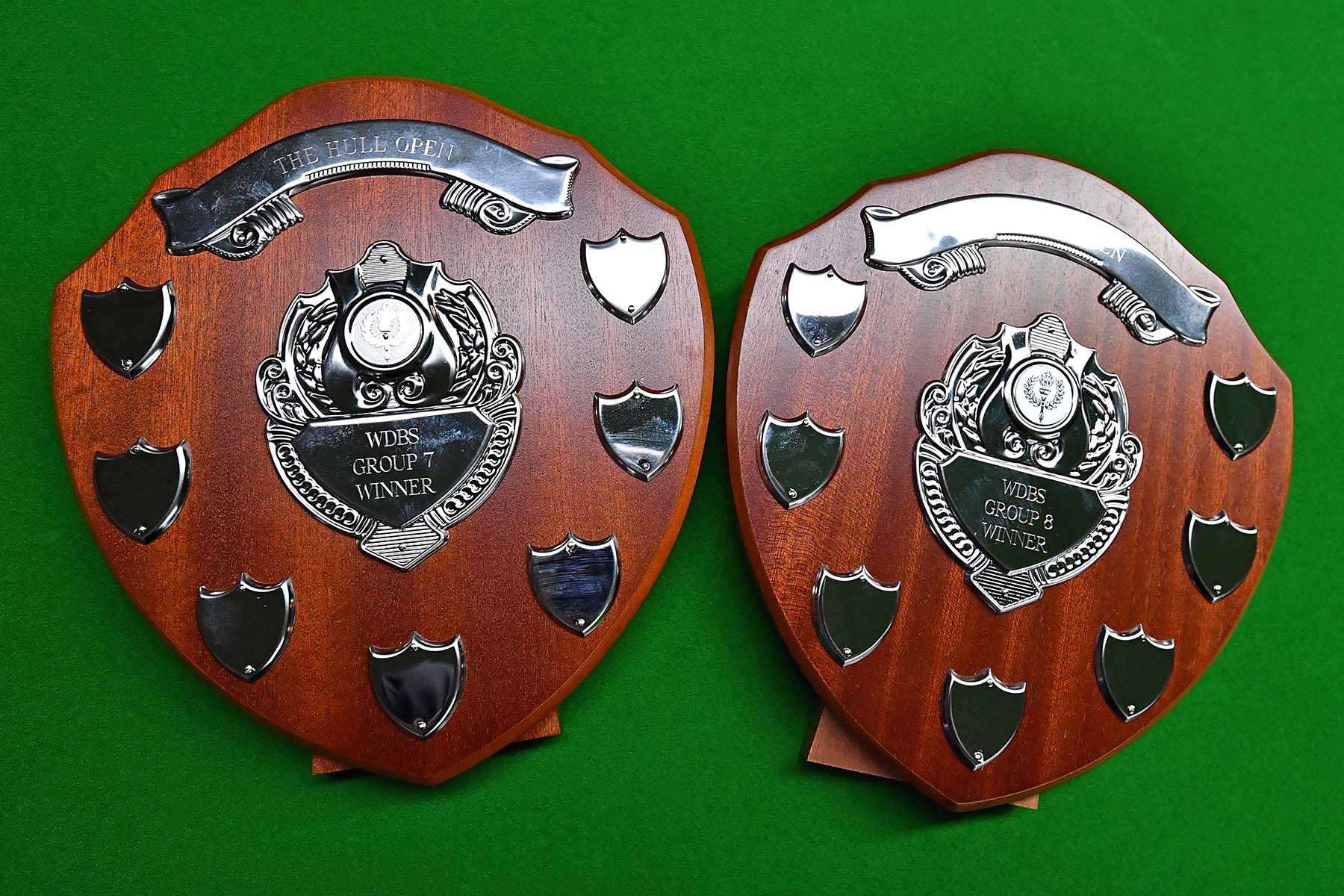 The support of the Tradewell Snooker Club – the longest-standing venue on the Tour – is to be especially recognised and WDBS was delighted to receive two special shields from the club during the tournament, upon which each of the event winners dating back to 2016 will be honoured.

Further information with regards to future WDBS competitions for 2022 will be announced in due course.