Daniel Lee has been named as the inaugural winner of the Vic Hartley WDBS Player of the Season award.

Named after the late Vic Hartley, a long-time referee and friend of WDBS, the honour was bestowed upon wheelchair player Lee during this year’s Disability Snooker Day celebrations at the Sheffield Winter Garden earlier this week.

As well as the prestige of becoming the first WDBS Played of the Season, Lee was also presented with a unique cue case by Rob Reed of RR Cue Cases. The stunning case was made in WDBS colours and carries design features including the WDBS logo, the player of the season wording and most importantly, Lee’s name across its handle.

The award follows a successful season for Group 2 player Lee, who has won two titles in his group (Northern Classic and Champion of Champions), as well as the mixed classification Welsh Open event last July at which he emerged victorious from a field of 55 players with all disabilities.

Off the table Lee has also been a fantastic ambassador for disability snooker throughout the season and has been heavily involved with work at Stoke Mandevile, the home of the Paralympic Games, to provide more opportunities for disabled people to play snooker. He recently qualified as a Level 1 WPBSA World Snooker coach and provided support at the 2019 Inter-Spinal Unit Games.

We would like to thank everyone who attended the day, including Dawn and Ann who are the daughters of Vic Hartley, as well as Rob Reed for the fantastic prize donated. 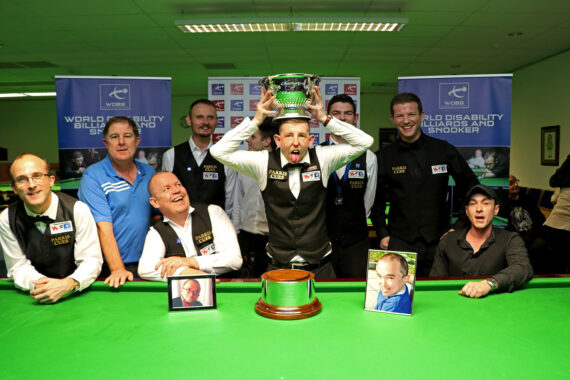 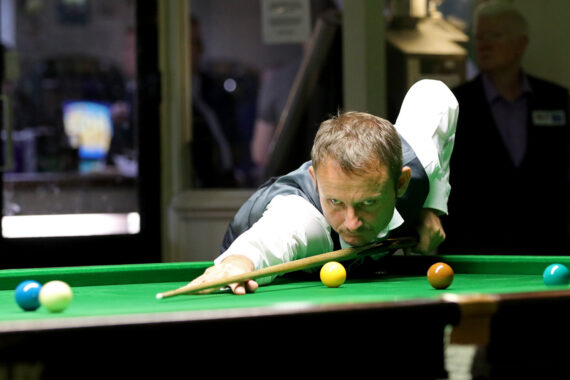 Disability Snooker to be Showcased at Crucible Theatre 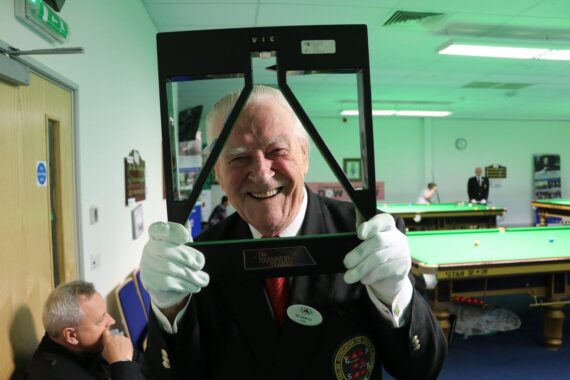