A subsidiary company of the WPBSA, snooker’s world governing body, WDBS was created to run tournaments and other cue sports activities for people with disabilities.

During its first 12 months, the WDBS has overseen events staged in Gloucester, Manchester and Woking, providing opportunities for players from all eight WDBS classification groups to compete.

WDBS players have also had the opportunity to visit top professional events including the World and UK Championship tournaments televised by the BBC, meeting top professionals including Mark Allen, Mark Williams and Alan McManus.

One of the long-term ambitions of the WDBS is to see snooker regain a place in the Paralympics. It is perhaps a surprise to many that snooker was consistently included until as recently as 1988 and certainly within the UK there is a long history of disability snooker events.

For many years these were exclusively for wheelchair players, before the DSE (Disability Sports Events) began to stage competitions including a wider range of disabilities. Unfortunately in more recent years the events ran into difficulties for various reasons, with the final DSE event held in 2011.

One man who has played a significant role in the organisation of disability snooker within the UK is the EASB’s Clive Brown (pictured below working at the Woking Open), who now continues to be involved as a tournament director and also WDBS board member.

“Following the final DSE event in 2011, the regular players were asking me what was going on,” said Brown.

“I spoke to Jason Ferguson (Chairman of the WPBSA) and explained the problem we had. We had a few initiatives and interested parties, but something was needed to co-ordinate everything and get something going nationally. We had meetings over a couple of years, which initially led to an event at the South West Snooker Academy in 2013.

“Following that we carried on talking and also Jonathan Adams became involved which was very helpful to be able to tap into his knowledge and expertise of disability events. We managed to form a nucleus of interested people to take things further and ultimately this became the WDBS that exists today.

The Story So Far

Already in its first year the WDBS has made a significant impact, with 50 individual players having taken part in our three events to date. These include players with disabilities that have never been included within previous disability snooker events, which Brown describes as a major breakthrough:

“For many years there was just a national disability championship once a year,” said Brown. “But over the past 12 months we have held three events, with a view to holding more events next year. “WDBS is certainly opening up opportunities for people with disabilities; in particular those who are part of new categories such as the partially sighted and hearing impaired which we haven’t done before. There are also a lot more group six players with learning disabilities taking part.

“It’s a slow process but we are making inroads and generating much wider coverage of all categories of disability snooker.”

The response from the players who have so far taken part in one of more of our three events has been positive, with a clear desire on their part for more and more events in the future.

Respondents of the recent WPBSA Insight Survey  cited the key benefits of playing snooker as including social interaction, being able to relax, as well as the opportunity to compete on a level playing field.

“All of the players that take part in disability snooker events always thoroughly enjoy the events,” continued Brown. “They want more. It’s very clear that they want something over and above playing snooker at a local level. They want to play competitively with people with disabilities, on a level playing field. They are competitive events, fun events and enjoyable events. Once you have been to one you certainly want more.

“As well as the diehards that have been involved for as long as I have been in disability snooker, already we have found a lot more who will become very loyal followers and participants over the coming years.

“It’s also nice to see that we have engaged with a lot more younger players as well who are the future of snooker. At one stage there was a danger of previous events becoming a club of ageing players but it’s nice that we are now making inroads now into a new generation.”

Of course while so much has already been achieved within the first 12 months, there is still a long journey ahead if snooker is to achieve its ultimate ambition of restoring the sport to the Paralympic Games.

Publicity of the events held so far, including television features during the coverage of professional main tour events has helped to put the WDBS on the map and our goal is to continue its growth over the coming years.

“I think it’s a slow process,” continued Brown. “We do need to learn how to work with more disability groups. It will take time to get in contact with the many hundreds of disability groups that are being run by local authorities and local organisations to actually try and engage with people that enjoy playing snooker.

“It’s a process that we hope will see the number of events that we are holding increase year-on year and encourage others to hold events for disabled. It may well be that the EASB will be holding some small events too which would be a very positive development.” 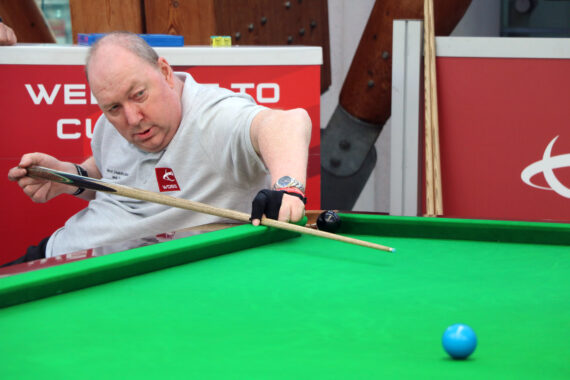 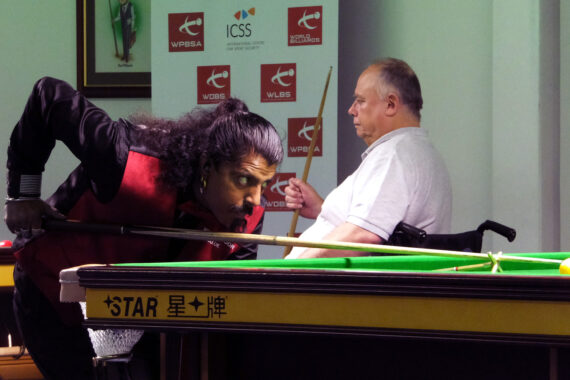 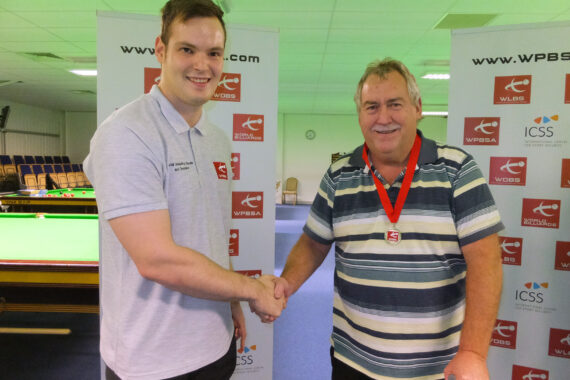