World Disability Billiards and Snooker events are open to players with a wide range of disabilities, but how do we decide which players will play in each event and who they will play?

To explain, starting from this week we take a look at the WDBS classification system and hear from some of the players who have played in our events so far about their snooker experiences.

Profile 01: Almost no use in four limbs. Need to use a power wheelchair, or a manual wheelchair.

Profile 02: Almost no use in four limbs, but can bend elbows. May use a power wheelchair or a manual wheelchair.

Profile 04: A person with almost no use in all four limbs, but with good trunk control. Able to push a wheelchair in some way.

Profile 05: A wheelchair user who has difficulty controlling their limbs when trying to perform any activity.

Profile 07: A wheelchair user with good use in one arm, may use a power wheelchair or manual Wheelchair.

Group one is the first of two classifications (as well as group two) for wheelchair users, either power or manual.

The group is made up of six disability profiles (1-6), in addition to a seventh which can fall under either group one or two depending on whether the player can make a bridge with their leading hand.

At the WDBS events held to date, both groups one and two have competed together in events for wheelchair users. Of the two wheelchair groups, players who fall under group one are the most affected by their disability when playing across all groups and have therefore received a 14 point start when playing against players from group two.

Surrey’s Graham Bonnell has competed in WDBS events as a group one player, winning the group one/two event at the inaugural WDBS Open Disability Snooker Championship last November in Gloucester.

From Oxted, Bonnell was involved in a motorcycle accident in 1983 when he was just 18, in which he suffered a broken neck. A few years later he was invited to play snooker at the local British Legion and has since gone on to captain a team in his local league.

Bonnell competes in WDBS events as a profile six player (and therefore group one), as a result of his incomplete quadriplegia.

“My bridge hand is of a group one player, but the grip in my back hand which holds the cue is not of group one or not strong enough for group two,” explained Bonnell.

“I can usually get down on the shot quite well, nearly as well as an able-bodied player.”

As well as playing the game for enjoyment, Bonnell has also found that snooker has become a key part of his everyday life from a physical perspective:

“I have been playing snooker for over 20 years and do now find that it helps with my day to day living,” said Bonnell. “For example leaning over the table to play the shots helps with spasm and to keep my body trunk more supple.

“I usually play four times per week, but when I don’t play for a week or two, I know all about it! It becomes so much harder to play.”

And with the 2016 Open Disability Snooker Championship around the corner this October, Bonnell is looking forward to defending his title and catching up with the WDBS team:

“So far I have only played in one event (Gloucester 2015), which went well as I won!” continued Bonnell.

“I also enjoyed visiting Sheffield for this year’s Disability Day and getting to meet more people, as was the case at the Friday Open Day at the Woking Open in May.

“It has also been good getting to know the WDBS team and I am looking forward to seeing everyone again in Gloucester this year.”

You can learn more about the English Federation of Disability Sport and their recently launched #TogetherWeWill campaign to help encourage disabled people to become more active. 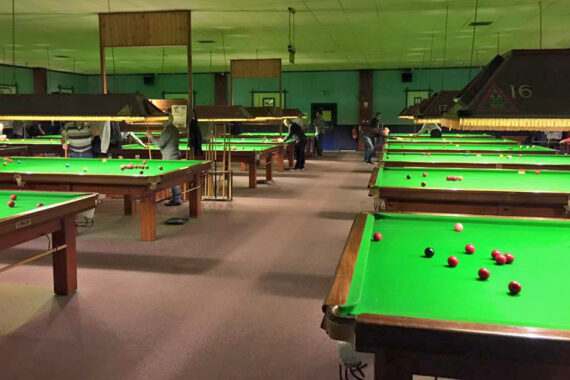 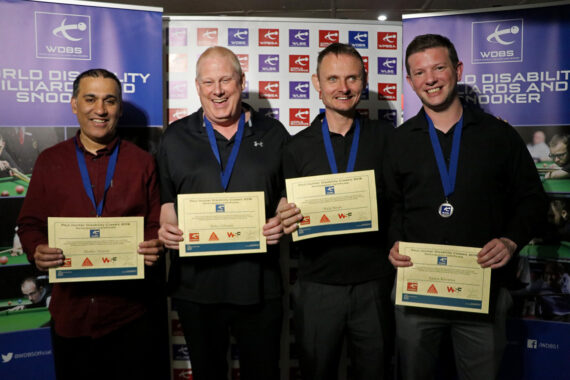