In the final part of our series of articles examining the WDBS classification system, today we look at the second of the sensory groups, Group 8, which includes players who have a hearing impairment.

Check out our group explanations so far:

Profile 38: Players who are deaf or have a hearing impairment

As with Group 7, there is just one profile included within Group 8, which includes players who are deaf, or otherwise have a hearing impairment.

Perhaps the most notable deaf snooker to have played the game is Northern Ireland’s Joe Swail, who is partially deaf in both ears and more recently has developed related conditions such as vertigo and tinnitus. The two-time World Championship semi-finalist spoke to us recently about  his own experiences and his disability has affected his career to date.

The first WDBS tournament open to Group 8 players was the Woking Open back in May, which was won by David Ingham with a 3-2 victory against Hull’s Lee Douglas in the final.

“I started playing snooker at Mary Hare Grammar School in Newbury in the 1970s,” said Ingham. “At that time I was a pretty average player, never going very far in the school’s annual tournament. I then continued to play at my first employer, which had two snooker tables until the site was sadly demolished in 1995.

“From that time I did not play again until I visited Woking Snooker Centre a couple of years ago. My interest in the game was rekindled and I usually play there every Friday between September and April as I am a keen golfer in the summer months.

“Playing snooker there brought my friends together and we spend quality time having a good game, plenty of laughs followed by a few beers in the bar!”

As well as emerging as the winner, Ingham said that he found the Woking event to be a positive experience and is looking forward to playing in future WDBS events.

“I thought the Woking event was a great success,” added Ingham. “My game improved during the event, as the games against the players from Hull were very keenly contested. I thoroughly enjoyed the experience.”

Our next event for Group 8 players will be the WDBS Hull Open, which runs from 11-13 November 2016 at the Tradewell Snooker Centre in Hull.

There is still time for players with either visual, or hearing impairments to enter the event, with more information available: https://www.wdbs.info/event/wdbs-hull-open-2016/ 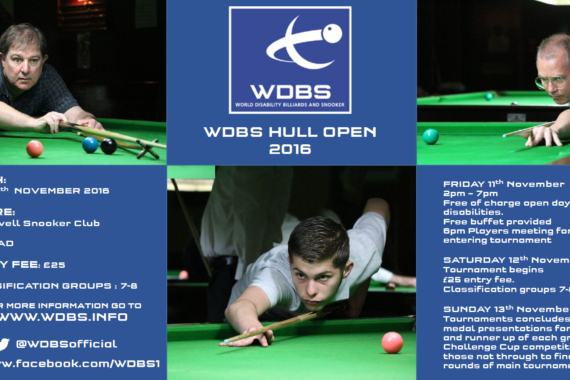 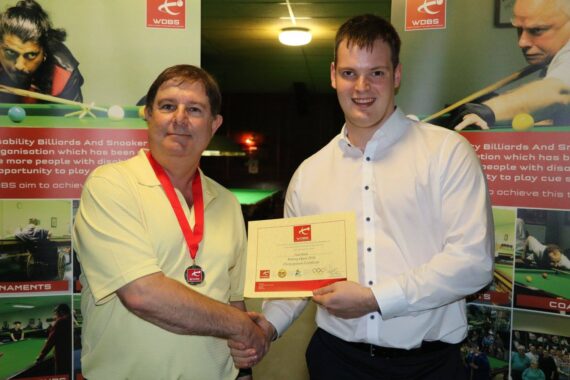